we will scare you 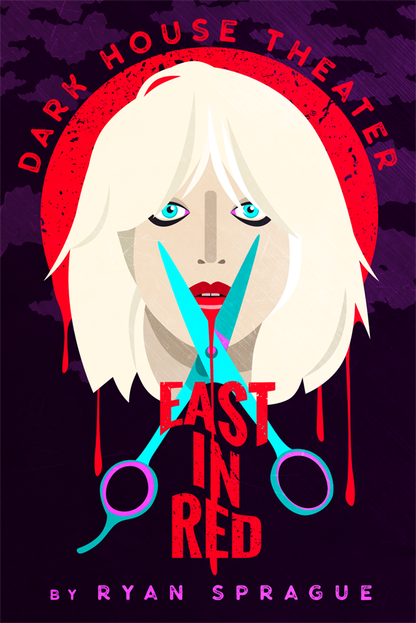 Based on the terrifying, real-life case of Jack the Ripper, Ryan Sprague's EAST IN RED is set in 1998 in the East Village of New York City. Aaron, a prominent Manhattan hairstylist, has a date with destiny. When he meets Marie one Autumn night, he feels a connection he's never felt before. But a series of grisly murders around the neighborhood propel Aaron and Marie into a tense face-off and a world of dark and grisly consequences. East In Red combines midnight-dark comedy with edge-of-your-seat suspense and terror in a way not often seen on stage. Directed by Dark House Theater's Artistic Director, Brian Murray Williams, and starring Melody Bates, Perri Yaniv, Patrick K. Walsh, and Amelia Fei, EAST IN RED is a thriller you won't forget. Just in time for Halloween!
October 5th, 6th, and 7th, at 8pm.
UNDER St. Marks
94 St. Marks Place